First off this stuff…. 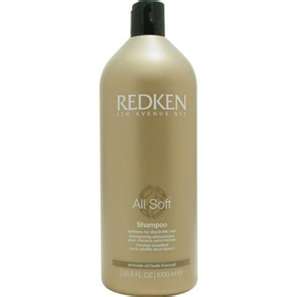 is fantastic!!  My hair was getting a little dry from all the pointless curling ironing I do to it (because my hair refuses to curl.  Ever.) and so I picked up one of these gigantic bottles thinking, ‘Eh.  Maybe it’ll do a little something.’  Well, I’m loving it!  It’s made a huge difference in how my hair looks and feels.  So you know, if you have dry hair, give it a go!  Redken, All Soft shampoo.

So, I’ve been exhibiting some alarming behavior lately…

There’s this guy, you see.  And normally a guy is a pretty private thing in my life.  Like one person may know, if anyone.   I may mention to other people that there is a guy, but it’s more like a, ‘Oh yeah.  A guy exists.  Meh.’ kinda thing.  Because when it comes to men I am nothing if not unaffected.

Over the past few weeks though I’ve felt a bit of a change.  I felt certain urges to actually mention this guy.  In conversation.  With other people.  Not just a ‘he exists, meh’ but more of ‘he said blah blah blah’ followed with choruses of ‘awws’ and ‘how sweets’.  I haven’t, but I’ve thought about it.

A few weeks ago I did mention this friend to my boss.  He doesn’t have a name yet, but I guess I wanted to acknowledge his existence that day.  Then within the past week I’ve mentioned him twice to two different people!  As in I brought it up, and I said to both of them how much I really like this guy.  That. Doesn’t. Happen.

I will say that every time I catch myself doing this I walk away with this sense of, ‘Uh oh.  He’ll disappear now for sure!’ but for now things are still on the upswing.  Thank you, Lord!

Yesterday I was wading through the vast black hole that is Pinterest and suddenly realized everything I’d repinned was posted in my ‘Maybe One Day’ board and we all know what that means.  Hairstyles, decor, even a dress.  What the…hold up!  I need a recipe, stat!  Where’s a coffee filter wreath when you need one?!?!?

Seeing how he’s still a ‘friend’ and not a ‘boyfriend’ I know it seems strange that I would be thinking in that direction but I will say that he’s been around for a bit now.  It may be a little too much but there’s a lot of water under that bridge, and while it seems crazy, it’s not as ‘psycho girl just installed a tracker on your car’ as it sounds.  It wasn’t about writing his last name with my first in a notebook where I’m planning our future dream wedding, it was more about the fact that he makes me think something like that is possible at some point.  And that I want it.  (There is no notebook, btw.)

I hope that you see right through my walls.
I hope that you catch me, ’cause I’m already falling.
I’ll never let a love get so close.
You put your arms around me and I’m home.